Dr. Jürgen Borlakis a professor of pharmacology and toxicology at Hannover Medical School. In 2002 he was appointed as Director and founding chair of the Institute of Pharmaco- and Toxicogenomics at Hannover Medical School. This new field of genomic science applies a wide range of methods in genetics, molecular toxicology and functional genomics for a better understanding of disease causing mechanisms and drug induced toxicities. An array of enabling technologies are applied for an identification of “drugable” targets and for a better understanding of inter-individual differences in drug response, therefore allowing individualized drug treatment regimens and disease prevention strategies. Under his leadership, the Institute has gained international reputation in clinical toxicology and in an evaluation of hepatobiliary adverse drug reaction. He is a member of the management committee of the Prospective European Drug-induced Liver Injury Network (https://proeurodilinet.eu/about-us). Additionally, he holds appointments as Professor of Molecular Anatomy at the Medical Faculty of the University Leipzig; a Visiting Professor of Experimental Medicine at Uppsala University, Sweden and Distinguished Visiting Professor at the University of Trento, Italy. Jürgen Borlak is author of >280 original publications and 25 book chapters and editor of the Handbook of Toxicogenomics. He is reviewer and member of the editorial board for various scientific journals and served as an expert for the International Agency for Research on Cancer/World Health Organisation (WHO) and the European Medicines Agency EMA. He also serves as an international reviewer for many European, Asian Research Organisations and US.

Ruth A Roberts is Chair and Director of Drug Discovery at Birmingham University, UK and Cofounder of ApconiX, an integrated toxicology and ion channel company that brings together a team of world-renowned nonclinical safety experts with over 300 years of drug discovery and development experience. Before that Ruth was Global Head of Regulatory Safety at AstraZeneca (2004-2014) and Director of Toxicology for Aventis in Paris, France (2002-2004).
Dr Roberts is former secretary to SOT, former president of EUROTOX, former president of the British Toxicology Society (BTS), a Fellow and past president of the Academy of Toxicological Sciences (ATS) and was elected fellow of the Royal College of Pathologists in 2012 and of the Royal Society of Biology in 2014. She is currently vice-chair of the Health and Environmental Science Institute (HESI) Board and has co-chaired the HESI Biomarkers of Neurotoxicity scientific committee since its inception in 2015.
Professor Roberts was the recipient of the SOT Achievement award in 2002, the EUROTOX Bo Holmstedt Award in 2009 and the SOT 2018 Founders award, given in recognition of outstanding leadership in fostering the role of toxicological sciences in safety decision making. With >150 publications in peer reviewed journals, she is interested in developing and implementing innovative models in drug discovery and development and particularly in ensuring academic research achieves its translational potential. 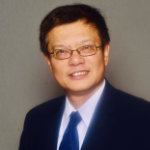 Dr. Tong is the Director of the Division of Bioinformatics and Biostatistics at the FDA’s National Center for Toxicological Research. He has been a Senior Biomedical Research and Biomedical Product Assessment Service (SBRBPAS) Expert (formerly Senior Biomedical Research Service) since 2011. He has served on science advisory boards for several multi-institutional projects in Europe and the U.S. He also holds adjunct appointments at several universities. He is the founder and board chairperson of the international MAQC Society (2017-2020), President of the MCBIOS Society (2019-2020), and Chair of the SOT Board of Publication (2019-2020). He has published over 300 peer-reviewed papers in the areas of 1) assessing technical performance and practical utility of emerging genomic technologies with emphasis on regulatory application and precision medicine; gained from supervising and leading the FDA-led community-wide MicroArray and SEquencing Quality Control (MAQC/SEQC) consortium; 2) addressing the drug-safety concerns related to drug-induced liver injury (DILI); 3) developing machine learning and AI for digital health and drug repositioning; and 4) conducting molecular modeling and QSARs on various toxicological endpoints such as carcinogenicity. 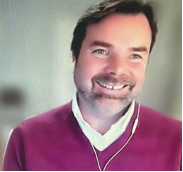 Prof. Maurice Whelan is head of the Chemical Safety and Alternative Methods Unit of the Directorate for Health, Consumers and Reference Materials of the European Commission's Joint Research Centre (JRC), based in Ispra, Italy. He also heads the JRC's EU Reference Laboratory for alternatives to animal testing (EURL ECVAM). Maurice is the EU co-chair of the OECD Advisory Group on Molecular Screening and Toxicogenomics that is responsible for the OECD programme on Adverse Outcome Pathways; a member of the Steering Committee of the European Partnership for Alternative Approaches to Animal Testing (EPAA); and chair of the Regulatory Advisory Board of the European Organ-on-Chip Society (EUROoCS). His publications include over 200 scientific papers and a book on the validation of alternative methods for toxicity testing. He has held a number of external appointments including the 2017-2018 Francqui Chair for alternative methods at the Vrije Universiteit Brussel (VUB, Belgium) and is currently visiting Professor of Bioengineering at the University of Liverpool (UK).

Some Other Cool Information